Mental health is a big problem around the world, and India is not far behind. When we look at progress in the area of mental health, it seems to be sluggish. Dr. Brock Chisholm, WHO’s first Director-General, announced in 1954 that “there can be no real physical health without mental health.”

The situation has remained largely unchanged for the last 60 years. Neuropsychiatric conditions account for about 14% of the global disease burden. Because of an insufficient understanding of the interplay between mental illness and other health conditions, the burden of mental disorders is likely to have been underestimated.

There are also a number of a priori questions to be resolved. Prioritization based on the burden of awareness problems and resolving inequality in relation to determinants and remedies for health problems remain significant issues.

In India, suicide is the leading cause of death among people aged 15 to 29. In 2015, India’s suicide rate of 15.7 per 100,000 people was higher than the regional average of 12.9 and the global average of 10.6. India contributes significantly to the global burden of disease, despite gains in various health indicators.

Because of high out-of-pocket health-care costs, a substantial portion of the population becomes poorer and experiences the negative effects of inadequate care quality. Since there is a severe shortage of physicians, counselors, clinical nurses, and social workers, relying on primary care services and using creative force multipliers is the way of the future course of action.

A GUIDE to Knowledge of MENTAL AWARENESS

The only way to get the vast Indian population interested in their own mental health is to raise mental awareness consciousness, which will create its own demand. With increased awareness, early detection and access to care, as well as the implementation of preventive measures, can be anticipated. It’s also reasonable to think that as public knowledge grows in a democratic society, activism, political will, support, and cross-synergies will follow.

So far, celebrity endorsements, taglines, and content-rich narrations have dominated media campaigns. Journalists and other content providers should have easy access to evidence-based mental health information. It is also incumbent on mental health practitioners to take the lead in communicating and collaborating with the media. Encouragement of recovering patients to share their success stories with the public will help to fill the gap in credible narratives.

Despite some skepticism about the amount, the government continues to be the single largest spender in the mental health sector. While most new initiatives remain segregated and limited to urban areas, only the public health system can enter the rural masses through large-scale programs.

In addition to the National and District Mental Health Programs, the National Rural Health Mission is on the way to being the tool for providing mental health as part of comprehensive primary care at the forefront of the public healthcare system. Assisting large-scale interventions to synergize and succeed by partnering with established private and alternative care providers in a nonthreatening manner.

The majority of chronic and disabling mental disorders begin before the age of 24, when the majority of people are still in school. From incorporating mental wellbeing narratives into curricula to de-stigmatization, prejudice removal, and early detection, to empowering stakeholders for early detection and simple solutions, the educational framework provides a plethora of tools for improving mental health knowledge.

Mental illness causes a substantial loss of productive workers in the structured market. It is important to engage in mental health consciousness in a concerted manner not only as a part of corporate social responsibility but also to sustain efficiency.

Handheld devices and social media can be game-changers in terms of spreading successful mental health interventions through targeted amplification, not just in terms of increasing knowledge. With the increased use of big data, decision-making would be aided by an understanding of subtle and dispersed trends over vast volumes.

In a free society, the eventual integration of information and technology leads to crowd-sourcing, which eliminates geographical barriers, historical inequities, and economies of scale. It is the true participation of actual and virtual societies, harnessed to effect progress. Individuals’ diverse ideas can therefore synergize with nongovernmental organizations’ success stories to intensify them through geographies and time. Crowdfunding has proven to be a popular method of testing radical ideas that are beyond the mainstream.

Given that most previous efforts to improve mental awareness in less-developed countries have failed over the past six decades or more, the time has come to take on a new strategy with renewed vigor. Mental health education will serve as both a means and an end to this apathy. Progressive government initiatives focused on evidence-based approaches, an active media, a thriving school system, a responsive industry, aggressive use of newer technology, and innovative crowd-sourcing could all work together to help alleviate the scourge of mental illnesses. 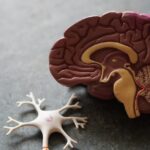 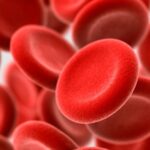 HOW TO INCREASE YOUR RBCs COUNT